The school year has started. What it means that is that any day, your grade-schooler is going to walk in the door, eagerly waving a large envelope "We are going to sell this to our neighbors....And make pots of money for the ABC field trip (or Boy Scouts, or Girl Scouts, or the MS Society...)
Earlier years brought in a large red and white envelope, filled to the brim with instruction sheets, grinning models posing with their precious Level 10 Thank you gift (Fantastic SuperSoaker, with a 'retail value of $50', yours for having achieved sales at the $1000 mark).
Sigh, been there, done that before, with ballet, with swimming club, with the Boy Scouts. Only, this year there was a new twist to the traditional fundraiser. While in earlier years, any fundraiser meant all kids would walk around the neighborhood with alluring catalogs and actual samples of the gift-wrap paper that were the staple of middle school sales, this year was different.
I've taken pity on the charming gap-toothed tots (more often than not at the same time my husband decided that some co-worker's kid in the office should get some orders from him), and purchased enough gift wrap to last me all the way till 2012, or whenever it is that we are not supposed to need anymore. Or fallen to the wiles of our neighbor's lisping kindergartner who was savvy enough to recommend that I buy the 'big tin of popcorn' and hurriedly took my check, shoving it into his pocket and running so fast that it fell out onto the grass before he could make it home across the lawn.
This year, I thought that I was going to walk around the neighborhood with M, hat in hand, hoping the neighbors would take pity on us. I tried to talk M into not being enthusiastic about it, but was unsuccessful at 'unpepping' her after the pep talk she had received at school .
I opened the dreaded brochure packet. No sign of any colorful catalog this year. Instead, there was a small insert with a couple of dozen punch out 'Gift Cards'. The fundraiser sales company had decided to go all "internet" on us and expected us to go around hawking these cards, instead of showing the merchandise in catalogs with samples. The buyers were to enter our kids 'seller ID' (to be obtained after registering on their site) for sales credit.
Pouf! Way to take the fun out of door-to-door selling. Or maybe they just expect the kids to post it on their Myspace or Facebook pages and expect the orders to pour in.
Despite the novel-length explanatory email that several infuriated parents received from the fundraising committee, I suspect that we have largely returned the sales material.
How in the world is this going to promote a new world of entrepreneurship in the next generation, if it takes away the fun of face-to-face communications and tangible views of merchandise? I may be a fuddy-duddy at such sales and gripe about Boo Radleyish neighbors who will not answer the doorbell, but even  dealing with those are a lesson to learn for the kids as in "Do not disturb Boo Radley with fundraisers. Try the nice old lady three houses down. Stay away from the other house that has their dog out most of the time. Yes, you may go to P's house. But not to F's".
You never appreciate it till it goes away.
And so, now you will hear me say the one thing that I never thought I would say:
I miss the old-fashioned door-to-door kiddy salespeople!
Posted by Sujatha at 4:32 PM 1 comment:

Sorry, no gossip, really, even if it was implied in the title. 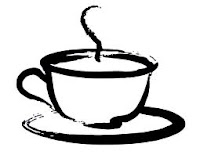 But this is a discourse on coffee, and my adventures with coffee making over the years.
I grew up in a household where coffee of the South Indian style reigned king. When I was old enough to drive into town, I would stand in the long line at Sankar's Coffee House, a tiny shopfront that still barely survives, as they widen M.G. Road beyond recognition. The fragrance of roasted coffee emanated from the machine jostling with the counter. We all stood inhaling for our caffeine kick of the trip.
My mother would state "500 Arabica, 400  Robusta and 100 chicory" (all in grams), while my father stood ready to whip out his wallet and pay. The beans would be measured and poured in, along with the requisite quantity of chicory, the roasted and ground coffee pour out from the dispenser, directly into a recycled newspaper bag.
Of course, I learned the traditional way of preparing drip coffee, using the stainless steel coffee filter, in due time. My mother had introduced me to the art of savoring coffee once I reached the 11th standard and was starting to need the caffeine boost as I got through my day.
For a short halcyon period, we had vegetable vans and coffee vans coming to our little neighborhood, before the grocers decided it was no longer economical. I would line up near the coffee van and proudly echo the same order of "500 Arabica, 400 Robusta and 100 chicory".
A few years later, moving to the U.S., I struggled to find a suitable replacement for the filter coffee that I had so loved. The brews that I tried creating with supermarket staples such as Maxwell House and Folgers were far too weak, because of the coarser grind that was designed for the standard coffee machines and their watery thin bitter brews. I packed away my filters and switched to the heresy of granulated coffee, mixed in with a scalding hot cup of milk and sugar.
Occasionally, a visitor from India would beg for 'filter coffee', but I would improvise, even going to the extent of pouring the coffee I served them to make it froth, and not divulging the fact that it wasn't using a proper coffee decoction.
Of late, I finally gave the stovetop Espresso maker a try. In this, the water goes in the base pot, and as it evaporates, the steam is forced through a packed layer of standard 'filter coffee' (Bru, from the Indian grocery store), and generates a passably thick decoction that now seems rather heavy on the chicory content and light on the coffee. At last, a potential good substitute for the 'filter coffee' that has been out of my life for so long.
(UPDATE: After a few rounds with the Bru, I realize that the old proportions which I was used to still have no match in taste. Bru is 53% Arabica and 47 % Chicory! Eek. So much for the vaunted 'Madras coffee' flavor. It's too mild for my taste now.)
Maybe some day, I can even march up to one of the specialty coffee places in the mall and place my order for a custom '500 Arabica, 400 Robusta and 100 chicory, filter grind'.
Posted by Sujatha at 4:26 PM 4 comments:

A Show in Jeopardy?

We're back from a short vacation, one of the highlights of which was attending a taping of the Jeopardy! quiz show in the Sony Studios in Los Angeles, CA.

(Sorry, no spoilers on who was on, and who won. It wouldn't be fair to the avid followers of the show. The episodes will air three months from now.)

We scrambled for the online tickets once our travel dates were confirmed. I thought it would be harder than merely filling in a name, contact phone and clicking on Submit, but they made it extremely easy at www.tvtix.com.
The big day came, and in our anxiety to reach early, we actually headed to the wrong building.All for the good though, we were able to see movie memorabilia from favorites like Ghostbusters, Jumanji, Stuart Little and many more encased in display cases in the Sony Studios main lobby. Fun, fun!
The waiting in the right location started. A large sign warned us that no cameras or cell-phones or video recording devices of any kind would be allowed. An additional warning from the 'gatekeeper' had a dozen people scrambling back to their cars to drop off everything from e-books to bluetooth headsets to...I nearly had a heart attack when I realized that my MP3 player was buried deep in the bowels of my handbag, and timidly asked the cheery cheerleader guy who came to 'pump' up the studio audience's enthusiasm. "Hmmm... so long as you keep it powered off. Can't record anything on that, I guess."
A long line formed outside Sound Stage 10, as we waited impatiently in the sun for entry into the studio. After an interminable 15 minutes, we finally filed inside to take our seats. Nice plush red velvet ones. Wow. Maybe they would actually show the audience, to not waste the money spent on those lovely seats. Not that we had much hope of more than a millisecond's worth of screen time. Jeopardy is not the show to be on, if you were looking for audience shots.
We were told that we would supply applause on cue, and that Alex Trebek loved to speak to the audience and answer questions from them during the commercial breaks. Except that we weren't supposed to ask too personal questions that cross the boundaries of good taste. I was dying to ask the name of his plastic surgeon, but politely refrained. M asked him for his favorite movie ( How Green Was My Valley), S asked him about his hobbies (he's huge on Crossword puzzles, and rambled on about them for a good 1 minute). S was lording it over M because of the longer answer.
One snarky question from an audience member got a pitch-perfect impression of the Mad Flight Attendant from Alex Trebek, leaving the audience howling with laughter, before we returned to the taping.
We also got to quiz Johnny Gilbert, the director of the show and the voice behind the opening lines. He had some interesting show trivia for the audience, including a fairly illuminating one on studio audience clothes and camera angles, in answer to a question from Yours Truly.
The taping went off well. No untoward screaming of answers from the audience. Or fainting contestants. Or impolite questions. Peace and goodwill and perfect poise prevailed, as we filed out of the studio.
However, it did cause some mild alarm to see that the audience seating area could hold maybe 60-70 people. From statistics stated by Alex Trebek, the audience used to be as large as 300, for some shows held years ago. That must have been before the 'dumbing down' of America, I guess. Now the audiences for live TV have ballooned only for the no-brainers like 'American Idol' and 'Dancing with the Stars', and the like, while more 'cerebral' pursuits languish. How long, I wonder, will Jeopardy hold its claim to the top-watched quiz show on TV? Will the love of learning and trivia outlast the diminishing attention spans of this wired generation?
I wish I knew the answer.
Posted by Sujatha at 8:55 PM 6 comments: