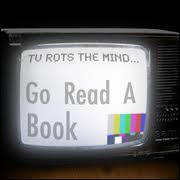 Does one have to be an avid reality show or even TV fan to think of an answer to the above question? No.
We aren't TV Luddites, and while we don't stay glued to the TV to watch self-confessed reality shows like Survivor, we do watch a fair amount of other shows, like Iron Chef, The Daily Show, Antiques Roadshow. These are the other type which are carefully, lightly scripted to cater to an audience's expected narrative, even to the point of raising expectations and dashing them-the unreal "reality" shows. Even the politics/current affairs based shows aren't immune from this kind of scripting.

A telling incident on the pervasiveness of modern media in teen culture. As my family walked past one of those teen mecca stores in the mall, we saw prominent display of a T-shirt with the following slogan and a print of Charlie Sheen , the current doyen of misbehavior: "If you aren't in Sheen's corner, then you must be a troll'.
I wondered aloud, "What exactly does that mean?", and was treated to a kindly explanation by S, who clarified the reference. "I think that it's probably the least funny slogan I ever saw on a T-shirt", I complained.
S laughed:"That's because you didn't get it."
And we all laughed, as I realized that my 'not getting' something that was supposed to be funny, was a joke in itself.

At least, I won't complain about an SAT essay prompt that asks for an analysis of celebrities gone bad. There is very little in that respect that I can shield my teen from reading about in this hyper-connected world that we live in.
Posted by Sujatha at 4:20 PM 2 comments:

A brief tangential discussion in the comments on this piece by Omar Ali at Accidental Blogger reminded me of my college days.

The year was 1987, and I had just started off in my engineering college. I was becoming rather well-known for singing light/filmi music at various college events and was asked if I would like to participate in a 3-day workshop for prospective members of a new Kerala University youth choir. I agreed, figuring that I could manage to catch up on my course work without much difficulty, since we weren't too overloaded at that point.
It was a wonderful experience. Three days of working on music piece after piece, in many languages and styles. We started off with a purely melodic composition in the raga Dhanyasi, followed by a rousing version of the patriotic favorite 'Sare jahan se accha Hindostan hamara', a plaintive Malayalam song by ONV Kurup "Kezhuga priya naade", a folksy "Nalla kaalam varugudhu" composed by Subramania Bharathi, and a folk song in a Toda dialect.
I have never heard these songs sung again, after that workshop, though I'm sure that the choir must have performed those more than a few times. I couldn't continue with the choir membership because the next time the call came, I was knee-deep in exam preparations, too busy to participate.
But the memories, and snatches of the songs learned, remain. Film music director M.B.Sreenivasan, whose brainchild the choir was, actually directed our practice for a few sessions, before turning over the baton to a very young M. Jayachandran, currently one of the best-known Malayalam film music directors (who was as skinny as he is now heavy, in those days). And we learned a mysterious verse- an addition to 'Sare jahan se accha' that nobody had ever heard sung before, notably :

Why would Iqbal talk about landing on the banks of the Ganges? What was this mysterious hint of , was it, maybe, arrogance, in a song extolling Hindustan as the best place in the world?
All made clear today by Omar's explanation of Iqbal the poet and his philosophy:


"Iqbal was a very talented poet, probably the most talented Urdu poet of the 20th century but ideologically he was very confused. He came from a lower middle class family of neo-Muslims, who still had Hindu cousins and whose Islam was very orthodox and mullahistic. Being extremely intelligent and talented, he performed very well in college and people like Professor Arnold recognized his potential and encouraged him in the ways of modern European education. But he never lost a determination to use philosophy and poetry to justify his core beliefs. While a lot of his poetry (and especially his Persian poetry, with which I am not too famliar, but about which I hear from Persian speaking friends) is universal and uplifting; in his Urdu poetry he became more and more Jihadist with age. Probably because that is what got the loudest cheers from his fans. In any case, he shamelessly promoted (and possibly believed, which is worse) the notion that Islam constitutes a kind of unique world-altering, world shattering forward move in human history, completely and definitively superior to any other religion or ideology, and he proceeded to write some very fanciful odes to the conquering heroes of the golden age. Never mind that most of those heroes were no different from any other king, adventurer or conqueror of the age. He was also committed to Islamic supremacism and opposed secularism (at least when it suited him to do so...its hard to say what his real beliefs were or even if he had any in this matter)....anyway, it is no surprise that the martyrdom certificates issued by the Pakistani Taliban have one of his verses written on them...every madressa i have ever seen in Pakistan is adorned with verses of Iqbal.
I am being a little unfair, but not much. The Sindhi leader GM Syed criticized Iqbal by saying that in this day and age, we expect our greatest intellectuals to be humanists and universalists. They are not parochial and bigoted. They dont regard any one race or ideology as the answer to all problems because they have a deep sense of the almost tragic oneness of mankind. We still have poets who write martial music or nationalist anthems or promote their own religious group over all others, but we also regard them as second-raters. Iqbal is too talented to be called second rate, but philosophically, he falls in that second-rate category.."


As a person, M.B.Sreenivasan always struck me as having a rather mischievous air about him, especially as he regaled the choir with little anecdotes about the songs, even in the limited time he spent with our group. He never did completely explain the import of the words that he tuned, just baldly stating that it wasn't sung typically, and that it was a chance of a lifetime to learn how to sing them.
Ah the subversiveness of having a group of green-behind-the-ear students singing one of the most arrogant lines extolling the conquering invaders from the north! He must have had a good laugh.
But it was a lovely tune, nevertheless.
Posted by Sujatha at 4:46 PM 2 comments: