I was once a princess, though seeing me now, you would never think it possible. The young girl who comes to help feed and clean me shows no signs of revulsion as she gently wipes my wrinkled face and toothless gums. The light that comes in through the tiny window is barely enough for her to see by, and yet she never misses a spot. Oh, to be young once more!
I doze as I wait for the next bowl of porridge...or my time to leave. The dark walls dissolve into a bright garden, radiant with greenery. I hear the voices of my companions urging me to come swing with them. A messenger appears. "Your mother the queen wants your presence in her chamber."
I was to be married to a great prince, I was informed. In a few months, I would lead the life that I had been prepared for ever since I had come of age. No more careless play and dolls. I would learn to be the queen that I had to become. What followed was an intensive instruction in all the arts and allurements that were deemed necessary.
My wedding came and went, with much fanfare. I was well pleased with my husband. He was a great prince, but a gentle and kind person, not encumbered with the arrogance and carelessness that I had seen in my brothers. We lived lives of luxury and happiness, blessed at the end of the first year with a beautiful son. What more could a princess want?
I did not see it coming, this darkening of my husband's mind to the little pleasures of our daily lives. He stopped listening as I told him of our son's latest exploits, or the lovely dress gifted to me by his sister, or the wonderful song I had heard yesterday. He wandered off moodily as I tried to draw him out about his day at court. Why was he shutting himself off to me, who had ever been his nearest and dearest for these two years?
One bright morning, after a moonless night, I woke up to find the place beside me empty, no mark of his leaving. He was gone. Where, I knew not. There was no word from him.  Days went by, weeks, months.
All in the palace shunned me and my son. They were afraid to meet my questions or my rants.
The years passed.  I grew silent, and my son went out to play, forgot that he ever had a father in his infancy. Every now and then he would come back to cry at some taunt from his playmates, as they called him 'The Fatherless One'.
I had nothing to say to him, just let the days go by one after the other, waiting. For what? For a word from he who left me. But no word ever came.
My son grew old enough to be married. Many asked me to pick out a suitable bride for him, but I resisted. What if he ran away like his father? It was bad enough that I faced all these years of loneliness, but what if I were condemning another young girl to the same fate?
My son stood before me, head bowed. " I must go to my father. Who is he?"
"In the grove outside the city, lives a large congregation of monks. Go there to the teacher who sits under the tree and ask him your question. He knows who your father is."
And so he walked away. The last I heard of him was through a messenger sent to convey to me that he had  decided to join the monks. He had found his answer, while I sat waiting for mine.
The years fly by again, and I sit every day in solitude, barring the visits of a few. I am grown too old to care for myself, and now  wait for a visitor other than he who left me so long ago. At length, I wake up from my nap to see a bright figure at the door way. I put my arms out toward Him, whom I have spent my life waiting for to come back to me. And as I totter and fall, the light fades away, but I have my answer at last.
Buddham sharanam gacchami.

Swedish author Henning Mankell (of 'Wallander' fame) posits in the New York Times that better than calling our species Homo sapiens would be to call us  Homo narrans, or Man the Storyteller.

"It struck me as I listened to those two men that a truer nomination for our species than Homo sapiens might be Homo narrans, the storytelling person. What differentiates us from animals is the fact that we can listen to other people’s dreams, fears, joys, sorrows, desires and defeats — and they in turn can listen to ours.
Many people make the mistake of confusing information with knowledge. They are not the same thing. Knowledge involves the interpretation of information. Knowledge involves listening.
So if I am right that we are storytelling creatures, and as long as we permit ourselves to be quiet for a while now and then, the eternal narrative will continue."

With the explosion of the internet, we have gotten into hyper-storytelling mode. A million new videos, a million new blogs, a billion new tweets... The human animal is quite capable of ignoring the present in its search for the newest narration.
So, when do we have the time to stop the talking and tweeting, and really listen? Or can we listen without indulging in a reciprocal "That is your story, and it reminds me very much of the time that I...", starting off on a fresh narrative of our own. Maybe that is the point.
I will forgive Mankell his anthropocentrism when he ascribes storytelling skills only to humans. Other species do manifest the storytelling ability, to varying degrees, as far as we can tell from scientific studies. But note, that is only based upon what we know to be provable. Maybe there is still a lot more to be learnt about the storytelling modes and mechanisms among, say, elephants. But we are still preoccupied with figuring out the physical mechanisms rather than going to the next level to find out the grammar of those languages.
Till we get out of the unspoken base assumption that we are the only species in the planet capable of narratives, we as humans will continue to ascribe to animals the voices that we cannot hear or understand, making up our own stories about their lives, as they likely do about ours. 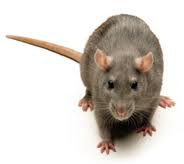 They have been unfairly maligned, as I write in this cross post on Accidental Blogger.
That said, I will still jump on top of the nearest chair, should a rat be running around the room.
Old associations die hard, and my memory of waking up in my grandmother's village house to see  a rat scampering away from near my toes, still overrides any rational concept that may have the backing of a thousand studies!
Posted by Sujatha at 7:40 AM No comments:

It's been ages since I had my eyebrows threaded. Actually, it's been three years, but I just woke up to the fact that all other Indian ladies of my acquaintance had a soigné look that comes from well-defined eyebrows, while I didn't.
Last weekend, on a rare trip to the mall, I walked past the 'Miracle Eyebrow' store, new in its location. A lone lady sat hidden behind the counter, a couple of reclining armchairs and large mirror in the front.
Should I, or shouldn't I ? Would it be expensive? Would I be better off begging for the phone number of a local housewife who threads eyebrows for $5 a pop from my friends? Maybe I should try the mall version, just this once.
I trotted up to the counter and asked. The lady looked sort of Indian, maybe a hint of the North-East in her features. 'How much do you charge for threading?"
"Fourteen dollars."
That was easily at least twice as much as the home-brew version. But who had the inclination or time to hunt those out? I took a chance on this one.
She directed me to a dentist's chair with a comfortable recline to the back and head support, pulled out a reel of white thread and started plucking away.
"Where are you from?" she asked. "Pittsburgh", I mumbled.
"No, before you came here."
"India".
"Where are you from?", I asked.
"Nepal".
"How many years have you lived in America?", she asked.
"About eighteen. What about you?"
"Eighteen!" I could hear the surprise in her voice . "I have been here only one-two years."
"Do you like America?"
"It feels like winning the lottery, coming here."
Silence, as she got to a tricky spot. A few minutes later, "Are you Hindu?"
"Yes". Curious question, why would it matter? Or maybe this was her idea of small talk.
"So you go to the temple in Monroeville."
"Yes."
"Where are you from in Nepal?"
"...Kathmandu."
"What is your name?"
"Sundori", with a slightly harsh edge to the accent.
She was finishing off at this point, with little careful trim to some errant hairs, completing with a dab of some cologne around the plucked area. I sat up and examined my reflection in the hand mirror.
Perfect, not a hair more or less, just the way I like it. When you have been blessed with reasonable eyebrows that need minimal shaping, it takes a good threader indeed to exercise the required restraint and not go overboard with the plucking
I paid at the counter, and added a couple of dollars as a tip. Her eyes widened at that. Maybe she is not used to being tipped much, especially by Indian ladies. We have a well-deserved reputation for parsimony.
Will I go back, or to some lady who I need to locate anew? ( Out of pity at the 'exhorbitant' charge, one of my friends at the dance class pulled out her phone to give me the number, she charges only $7 a pop, but is 'extremely busy'.)
I don't know. Maybe in another few months, if and when I feel there is a need, I might just stop by the mall again, to see if Sundori and her store are still there.

Note: Being curious, I tried to find out about Nepali refugees in Pittsburgh, and found that they are ethnic Nepalis fleeing Bhutan, and being resettled in the US by UNHCR. That's why the hesitation to the answer 'Kathmandu'. It's possible that Sundori was originally from Bhutan and transited to the US via Kathmandu.

My post up on Accidental Blogger about the ironies of the Bhutan refugees and the concept of Gross National Happiness that the Bhutan government pioneered a few years ago.

Posted by Sujatha at 6:23 AM No comments: