Makeover for the Market

I managed to skim my way through the Hunger Games trilogy, which came well-recommended by M, who devoured the whole set in a couple of weeks. Or rather the two-book set that was shaped into a three-book set that will be made into a four-movie set.

Book 1 was good, both the writing, characters and plot-line. Book 2 had me starting the skimming rather than reading around chapter 3 or 4. Why the endless descriptions of food and makeovers, all in the voice of the main protagonist? She didn't seem the type to linger on these, if one were to go by the persona established in the first book. By the time one arrives at  a repeat of the Games in the second half of Book 2, I decided to rush through to the final pages to find out what the plot twist was that would keep readers waiting for Book 3.
Book 3, started off promisingly enough, and was surprisingly coherent in tone compared with Book 2, as far as inner voice of protagonist goes. Katniss sounds like herself once more. Of course, there are long tediously detailed descriptions of battle scenes, but most seem to be geared towards the inevitable screenplay rather than merely advancing the action. Then the final chapters, the moral of the story,  the carefully-created tidy-but-not-too-tidy ending.

The whole thing gives me fodder to ruminate on what the publishing industry does to a good premise or start of a book to make it more marketable to a global audience. Pick a promising author, polish him/her, give the book a makeover nearly as complete as Katniss's Beauty Base Zero, release it to the world as the Next Big Thing in Books and Movies and Multimedia. Sit back, relax and watch the millions of dollars roll in.

So, the book that would have made a good 2-book set is stretched, with some not-so-great fillers, into a three-book set. The movies that should have terminated in one single blockbuster, get stretched out to a four-set with the last one having parts I and II. Sound familar? Of course, it's Harry Potter and Twilight all over again. 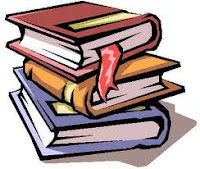 Plagiarism accusations abound, but are hushed or dismissed ('Battle Royale' anyone, or  hints of 'Lord of the Flies' in the savagery unleashed at the games?) Suzanne Collins maintains her inspirations were from the circuses of ancient Rome, witness the ostentatious selection of character names from Roman and Greek history and mythology.  It is a perfect mishmash of influences, headed by a very attractive heroine standing in for a cross between Artemis/Diana with the bow and arrows, and Scarlett O'Hara in her I-will-survive mode.  Too many tropes to count swirl across the pages, from reality show unrealities ( American Idol, Survivor) , to cyanide pills (Tamil Tigers, anybody), to flaming bombs on children and PTSD (does anyone remember Vietnam?), to utter annihilation of a city (Hiroshima? Nagasaki?), the horrors of wars past (not including the Holocaust, which must have been overused for the author to incorporate, or didn't fit in with this theme.) Maybe even Margaret Atwood, Queen of Dystopian fiction and her totalitarian worlds in Oryx and Crake with its mutant pigoons and rakunks.

Here is a link to the New York Times article about the series and an interview with the author (hat tip to Sujatha Bagal of Blogpourri in her essay about her and her son's reaction to Hunger Games. )

What will be the Next Big Thing, when will it arrive? We will find out after Mockingjay-II is done with its final release date set in stone. By then, Someone-Else will have been picked up, groomed and had the preliminary buzz build-up, while Suzanne Collins, like J.K.Rowling,  may rest on her laurels in a golden sunset of retirement in a soft green valley growing greenbacks, perhaps working on a new 'blockbuster'.

(Thank Dickens! M is now onto the next Big Thing in her world, which is reading Great Expectations in the original. And what an original it is, far removed from the morose greys and blacks of the film version that triggered the interest. And, it is all free, thanks to the expiration of copyright. So no film conglomerate can claim it as their own, though they can come out with ever newer versions of it with different actors, to keep this franchise going.)