M is for Macro 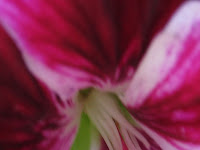 An M's eye view of the world. She is still experimenting with her camera settings, and complains about how shaky her hand is. But it results in some amazing shots, like these. 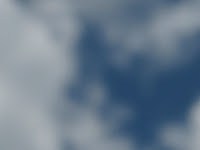 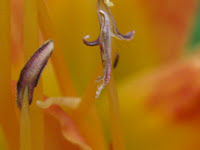 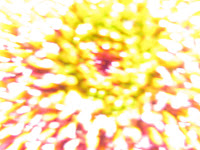 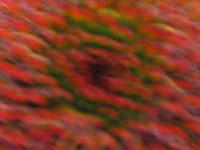 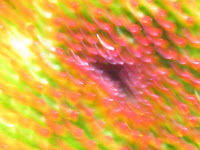 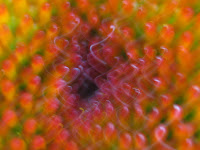 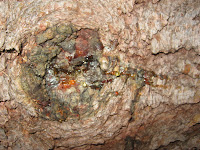 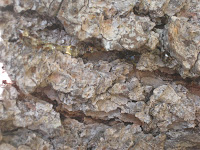 Sometimes, the best things in life are free.

It struck me quite forcefully today, as I  came back from my morning walk. I start early, before the sun is more than an orange red ball in the east, and the air is not yet befouled by the fumes of the early morning cars. Most people are still abed, and my main encounters are  with the hares that hop away in alarm from the clover patches,  the robins that fly off to  the low shrub branches, scolding me for disturbing their breakfast, and the occasional turkey or deer peering watchfully at my gait to check if I am headed for them.

A few weeks ago, we had bought a rather expensive boxed 'quill set' at a historical site's gift shop. M wanted to try calligraphy using the beautifully styled feather with a nib and the tiny ink-bottle that came with it. Unfortunately, as lovely as it looked, we soon realized that the feather inserted into the fancy holder (shaped like a musical treble clef notation) was purely ornamental and of no use whatever in drawing up the ink through its capillaries, even though the metal nib looked quite capable. M was frustrated that the quill would not write, since it was incapable of holding ink.

Today as I walked, there lay at my feet a large feather. It was a bit straggly about the ends, but the pointed tip was well formed and would make a gorgeous quill, if cut properly. I picked it up and continued on my route, at risk of appearing crazy to any humans I might encounter on my walk.
Was this feather from a  turkey (Benjamin Franklin's favorite, that he favored over the Bald Eagle as the official symbol of the U.S) or  a crow? I couldn't tell for sure.

I continued on the route, and as I approached a small corner wilderness tamed into a mowed lawn with trees and a plastic bench, no part of a property, but nevertheless with a small mailbox, I saw a turkey cross in front from there, hurrying her brood of seven babies with her.

I must have gotten a turkey feather, I thought. And sure enough, there lay another similar feather in front in the mini-park. This had a split end though and I was a bit disappointed. But a few steps away there was a perfectly formed large feather, even better than the first one that I picked up.

After I reached home, I tucked away the feathers in a little container on the kitchen counter, to await M after she wakes up. I will show her how to trim the edge at a slant to approximate a nib , so she can finally try her hand at the quill calligraphy, albeit with a free quill that would function properly, rather than an expensive dud.

It's been a long while since I wrote a garden blog post. That's because my garden has been in cold storage, so to speak.
Last year, tiring of the never-ending lawn chores, my husband hired a lawn care service to mow the lawn and clean out the beds of the thistles that had overtaken them. Unfortunately, while they were enthusiastic with the weed whacker, they didn't know enough about which were ornamentals and which were weeds. As they removed everything, including old mulch, with a vengeance, I lost many of my painstakingly grown perennials ( Sob, sob, goodbye Coneflowers and farewell tulips!) Incidentally, he decided that the ox-eye daisies, technically a weed, were ornamentals, and left those painstakingly in place. How annoying!
I was so disgusted with the whole thing, that I let it be for a whole year without attempting to add new plants. But hope springs eternal. This spring I felt the urge to surround myself with colors and new plants to fill the voids left, including the one resulting from the removal of a hedge of hollies near our deck that my husband had always decried. "What is this useless stuff, nothing but berries and thorns?"
I planted rose bushes where the hollies once stood. Just as thorny, but producing profusions of great yellow flowers that even my husband couldn't question, as they looked fantastic. These were end-of-season clearance from the local grocery, and were very unfussy prolific bud producers. I rounded those out with a tiny 'Knockout' rose and a blue hydrangea that I thought would like the partly shaded spot.Never mind if the colors don't match exactly. Martha Stewart's garden, this ain't!
Other than that, I decided to restore an azalea to a spot where it once stood, cut down some years ago because the older shrub was growing too straggly. No more unidentifiable perennials to be mowed down by an clueless lawn guy. A substantial, tagged shrub would not be weed-whacked out of existence. Annuals would add some color, and I wouldn't feel too bad about those being cut down by mistake, so in went a few petunias, celosia, and lobelia in assorted locations, both ground and pots.
Bee balm ( and I swear that I saw a hummingbird darting around it a few days ago), daylilies, tall phlox, sedum, a mini-rhododendron and a peony rounded up my list for a long problematic area near our deck. Once in the early years, it used to be a wildlife wonderland with assorted vines and a line of arborvitae separating our plot from the neighbor's. But it was deemed too untidy and to be removed and mulched over. When the removal was complete and mulch in place, I attempted planting some bulbs which enlivened only the spring. By summer, it became a fiesta of fleabane and thistles, some growing as high as 6 feet tall.  I spent some time and energy putting in black eyed susan, Russian sage, lavender, and assorted daylilies. All were now gone in the most recent sweep, along with the mulch which lent some depth to the area.
Now I went in there, adding in my new acquisitions.  I still need to put in a few more, then will place down newspaper and mulch surrounding the plants. Let me see if these will survive into the next season, despite clueless lawn guys and itinerant turkey and deer that love to munch on these kinds of delicacies.
My English and French lavender survived the plant holocaust, fenced in as they were in my old vegetable garden. They have grown tremendously, producing profusions of fragrant blossoms, the delight of bumblebees and honeybees that buzz around incessantly from sun up till sun down.
I cut down the humongous thistles growing there and have put in a couple of cheap flats of an Early Boy hybrid tomato and a solitary zucchini. I will start pole beans and okra from seed. Again, no fear if I take off a couple of weekends this summer on road trips. If they survive they will, if not I shall not worry to much about them.

Here's a sampling of photos from my garden: 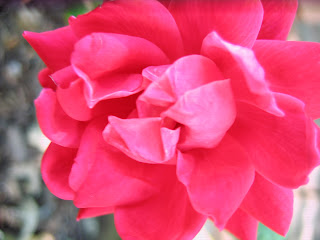 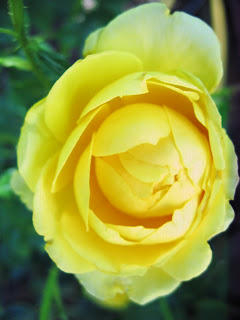 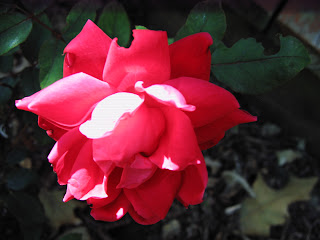 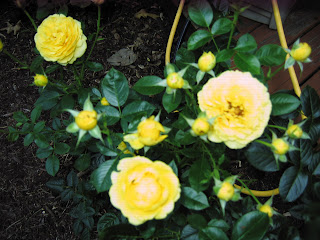